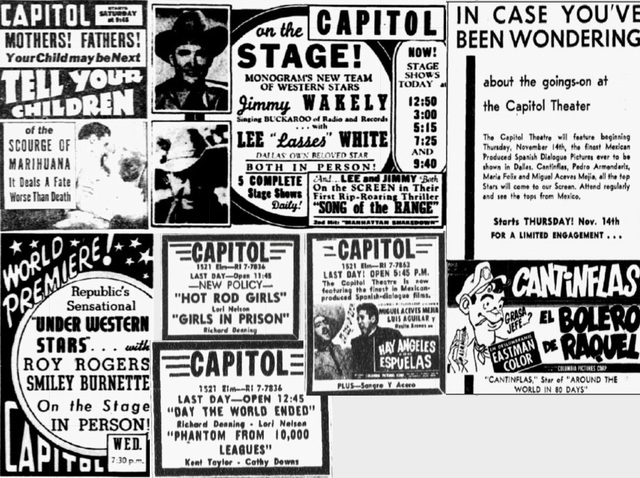 A variety of ads in the sound era of the Capitol. Under Interstate, a couple of world premieres at left with the exploitation film, “Tell Your Children” and the B-western “Under Western Stars. Live appearances were a staple for the theater with the ad for Jimmy Wakely and Lasses White for Monogram. To the far right, Trans-Texas struggled as the theater’s audience was next to nil in the 1950s so the Capitol tried going with Spanish language films which was a financial disaster. And two of the very last ads in December of 1957 at bottom ("Day the World Ended”) as the theater tried going back to English language double features before closing for good.