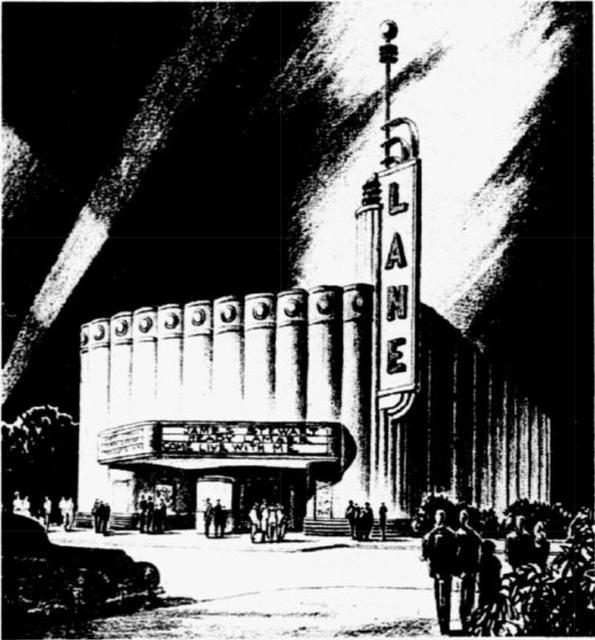 When the $1,000,000 Park Lane Shopping Center was proposed by Corrigan and Caruth in 1941, they couldn’t have foreseen WW2 which would delay the project until approved by the War Production Board in 1945. The proposed 1,200 seat $200,000 Lane Theater within the Park Lane Shopping Center would start construction as the Lane but be changed during construction to the 832-seat $200,000 Wilshire Theater within the Wilshire Shopping Center so named for its neighborhood of Wilshire Heights. But here’s the original architect’s rendering of the 1941 Lane which was revised just subtly for Interstate Theaters. It opened as the Wilshire on Oct. 4, 1946.