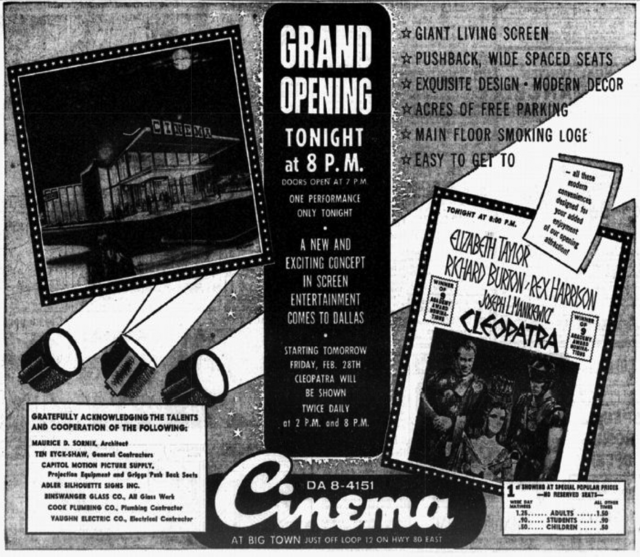 The $208,000, 900-seat Big Town Cinema was designed by Maurice Sornik of New York with Don Speck the local supervising architect. Ten Eyck & Shaw was the contractor with Herman Blum & Associates as engineers. The theater launched with “Cleopatra” on Feb. 27, 1964 coinciding with Big Town’s fifth anniversary. The theater was twinned by General Cinema in 1972 and the twins were twinned by Cinemark which added an addition with five screens for a total and closing count of: 9.