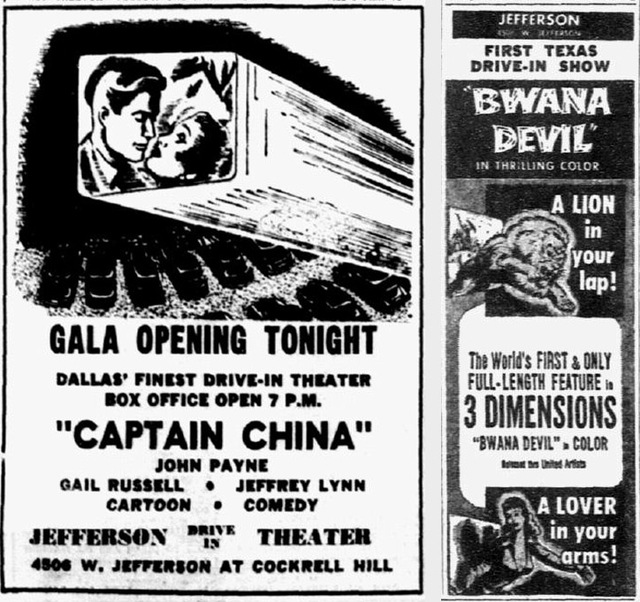 Two different ads for the Jefferson Drive-In. The one on the left is for the June 17, 1950 opening of the Jefferson for operator Harold Gibbons. “Captain China” was its opening feature. The ad at right is for the May 12, 1953 3D film, “Bwana Devil” making its first drive-in run in Dallas. The Jefferson made it all the way to 1990 before closing.