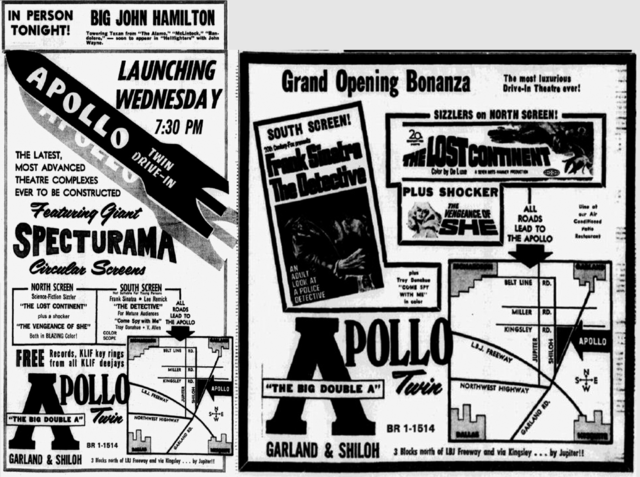 The Apollo Twin Drive-in launched with a two-day Grand Opening on October 3, 1968 with “The Lost Continent” and “The Vengeance of She” on the North Screen and “The Detective” and “Come Spy with Me” on the South Screen. Actor Big John Hamilton was there with KLIF AM radio to witness the McLendon Circuit’s own Specturama 10-story high screens. Motion Picture Herald said that people were amazed calling the ‘big double A’ the “ultimate of ultimate” in drive-ins. The theater would go for 18 years and replaced the former Garland Road Drive-In which had opened in 1950. The Apollo was replaced by the concept Hypermart store combining Wal-Mart with local grocery chain Tom Thumb into a 24-hour superstore.