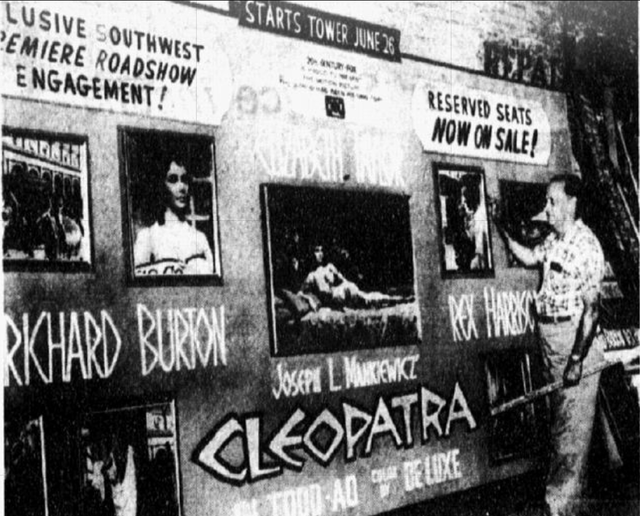 That’s Frank Crabtree who was the “large format” lobby decorator who for more than three decades created and installed theater art in lobbies. His most memorable large format displays were for the Cinerama theater in Houston and San Antonio and the lobby displays for the roadshows and premieres at the Dallas Interstate Circuit Palace, Majestic, Village, Esquire, and Tower. He did both Todd-AO “Cleopatra” lobby displays for the Dallas-Fort Worth lobbies of Fort Worth’s Palace and, above, at the Dallas' Tower.