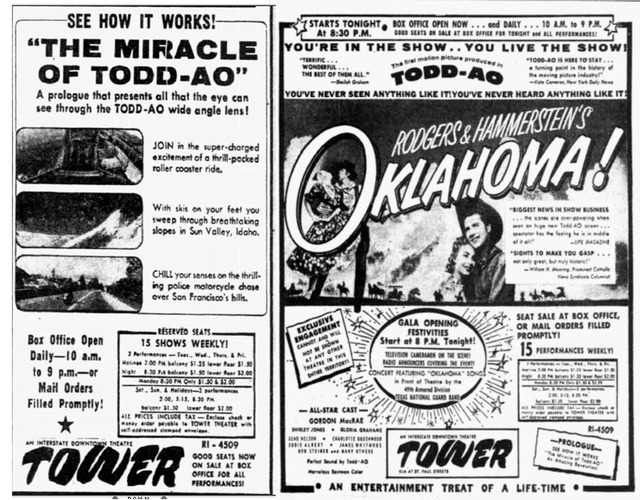 The Tower promised innovation in its 1937 opening ads. But the theater really wasn’t known to be very innovative or all that interesting from a presentation or an architectural standpoint. That is, until the 1950s. The Tower hit its stride updating its projection in the 1950s allowing for large format screenings with 70mm projection, stereo sound, exclusive sneak previews, and roadshows such as El Cid, Patton, and Ben Hur. And the theater had a very successful demonstration of Todd-AO along with the film, Oklahoma, in Todd-AO with assigned seating.