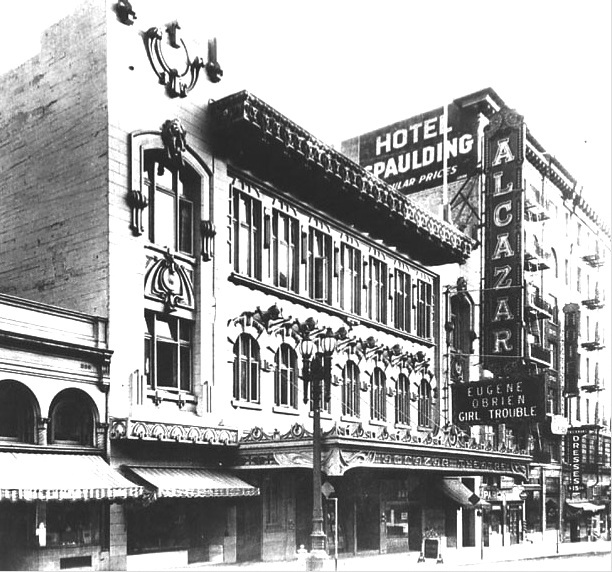 A photograph of the second Alcazar Theatre, after the 1906 San Francisco earthquake destroyed the first Alcazar, a new one was built and opened on December 23, 1911. During the 1920s manager / promoter Bert Levey ran his Headquarter Circuit of Vaudeville Theatres from the Alcazar.