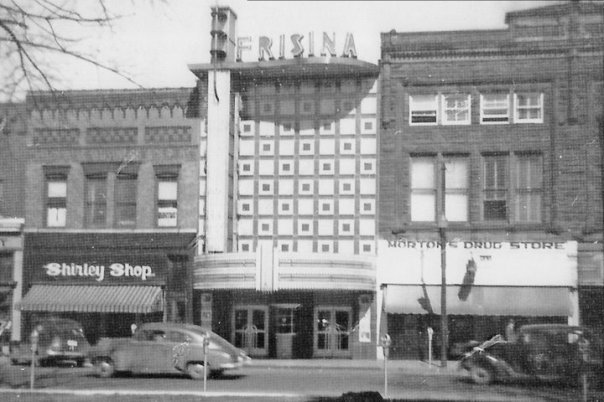 This was the way it was seen in the 1950’s. Not much change from how it looks today, although it has been split to a twin screen. Between the old picture here and how it looks today, the building served a much different cause. It was home to the John Green department store(combined to the store front to the right) for many years during the 1960’s and home to another department store later into the 1980’s. It was reconverted to a theater during the 1990’s. It’s amazing the facade to the building remained entact throughout the years and is still a great looking theater front!