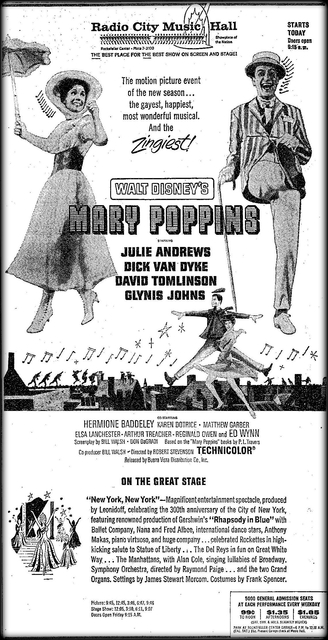 “Mary Poppins” had a delayed launching in New York because of the unexpected hold-over strength of “The Unsinkable Molly Brown.” Disney was not happy as this meant that “Poppins” would miss out on the lucrative Labor Day holiday weekend. “Mary Poppins” returned to the Music Hall in 1973 as part of a 50th Anniversary Screen/Stage celebration of Walt Disney Productions.