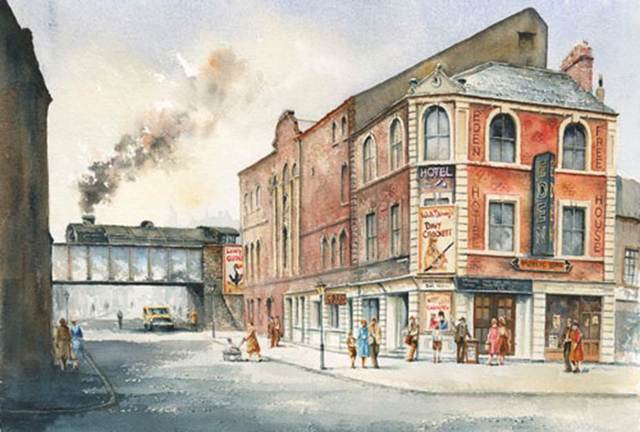 The theatre once owned and managed by Stan Laurel’s father, Arthur Jefferson.

Actually, the doors had circular windows with leaded glass and at the foot of the EDEN fin sign were the words (in neon) :- Hipp < To The > Kings (i.e. the two other Drummonds theatres which were acquired by Essoldo )

The entire Front Of House was also surrounded by neon tubing which looked most impressive at night when it was illuminated and back in the mid 1950’s, when the film Davy Crockett was on release, the building would have looked much smarter than depicted here. In fact at that time a film week would have been very much the exception as it was still primarily a theatre during this period.