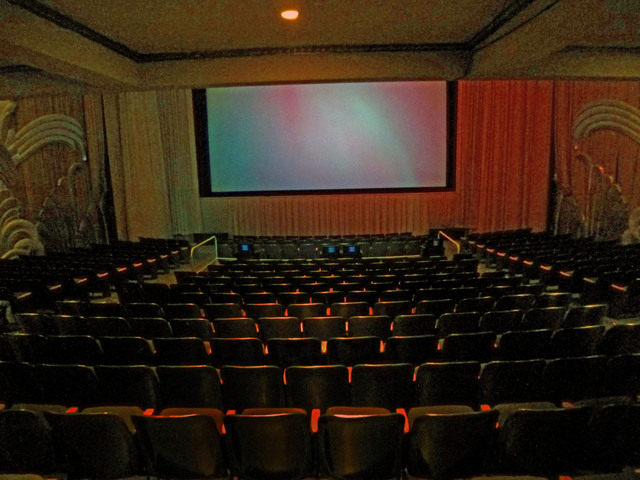 Thanks John for the current photo of the Fox California. When they put the theatres up in the balcony they took out the large semi curved screen downstairs and put in this tiny for the space screen. Some people in the Bay Area have larger screens in their home! Landmark Theatres needs to expand this screen and get the curtains to work again. They won’t do It as they don’t spend any money at this theatre. Just like the Albany Theatre they run near by in Albany CA. Both places need to be fixed up with larger screens and new seats. I remember as a kid in the mid 50’s my parents took me to see The King & I at the Fox California Berkeley and what a nice large curved screen they had, this is when the place just has one big screen. I remember the 4 ch stereo surround sound and curtains, true showmanship now missing. The stereo speakers they have put in downstairs are so close together behind the screen, Left,Center and Right you won’t hear any stereo separation. I told this to the manager many years ago to stretch the speakers to the sides to give a better separation sound, this never took place. Someday when the lease runs out with Landmark someone will go in and re do this nice old theatre. With all the college kids in Berkeley they are short movie theatres. The Grand Lake Oakland people need to move in and do their magic at the Fox California.