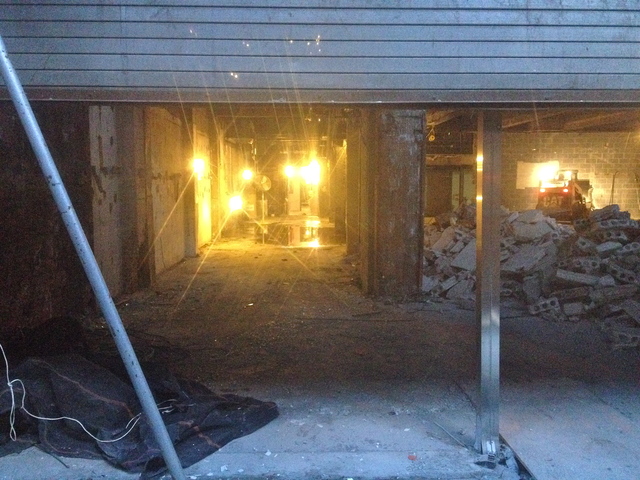 This image and the next are taken through the construction shedding peepholes that surround the building. This one is closest to the old DeMille/Mayfair/Embassy 234 entrance. During the Embassy 234 days, the entrance was on the right side of that dividing wall in the middle. The left side was the Old Fashion Donut shop that was carved out of the original entrance lobby space.

The left interior wall shown here is the northern wall of the entire building, so this is definitely where the Mayfair, and later DeMille, entrance was located. Later, when renovated, the entrance space was cut in half. The donut shop took the left half, and the theater, the right. This day I passed, was the only time, so far, that I’ve seen the roll top gate was actually at least most of the way up, exposing the demolition within the actual theater portion of the building. And I take a peek into those peepholes every morning!