Grand Opening of the Pablo 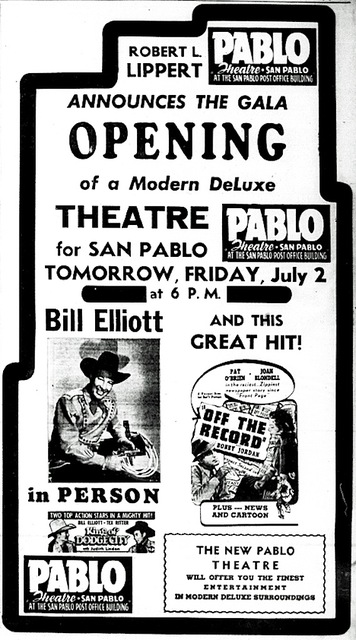 The Pablo had it’s grand opening on July 2, 1943. Popular Republic cowboy star Wild Bill Elliott appeared in person as well on the screen. It was the fifth Robert L. Lippert theatre opening in the wartime boom town Richmond area in the last year and a half. Prior openings were the Grand, Studio, Times and V (formerly the Point in Point Richmond).