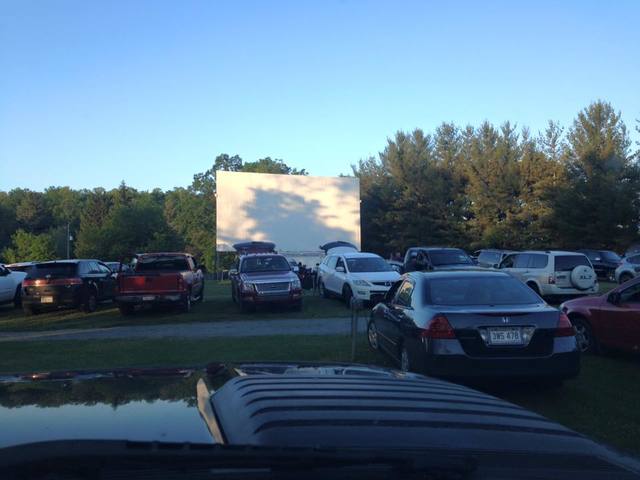 No wonder this one is still open, it’s waaaayyyy out in the country. Kind of hard to find & very small. Well kept & clean though.

Snack bar is very cheap too. Wide variety of snacks!

The 2013 article covered that period as follows. After Garten’s tenure, it was run by Thomas Theaters. “Then one of the shareholders purchased the location outright. Word on the street was that the theater was going to turn X-rated because its screen faced away from the road. That’s when McClanahan stepped in and decided to make an offer.”

The Meadow Bridge converted to digital in 2013, and McClanahan said the new projector cost more than he paid for the drive-in.