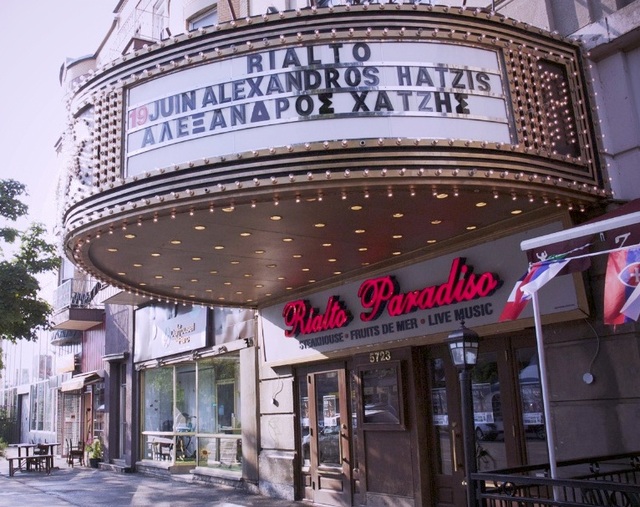 This beautiful movie theatre was opened on December 27, 1924 with Virginia Valli in “In Every Woman’s Life” & Charley Chase in “The Royal Razz”. The facade is said to be inspired by the Paris Opera House and the interior was decorated by interior designer Emmanuel Biffra.

In 2005 it underwent an expensive major overhaul and was used as a concert venue. In 2006, it was in use as a restaurant.

I’m amazed that only 15 of the 58 theatres listed under Montreal, are still open.

I wonder if anyone from Canada can confirm, if there was a Canada wide ban on children from movie theatres back in the 1960’s.
While we visited Expo`67, my family & I tried to go out to the movies.
We were told at several theatres, that children were not allowed in any theatres no matter what film was playing.
Due to a terrible theatre fire not too long before that. One where the children had to be identified by their families after being layed out in the street.

Is this the same Rialto Theatre that The Hit Men will be performing on October 27, 2012? They are original members of Frankie Valli and the Four Seasons.

Yes Davidzornig, there was such a ruling due to a fire. Here’s a link in Wikipedia: http://en.wikipedia.org/wiki/Laurier_Palace_Theatre_fire

There was, except that ruling only applied to Quebec.