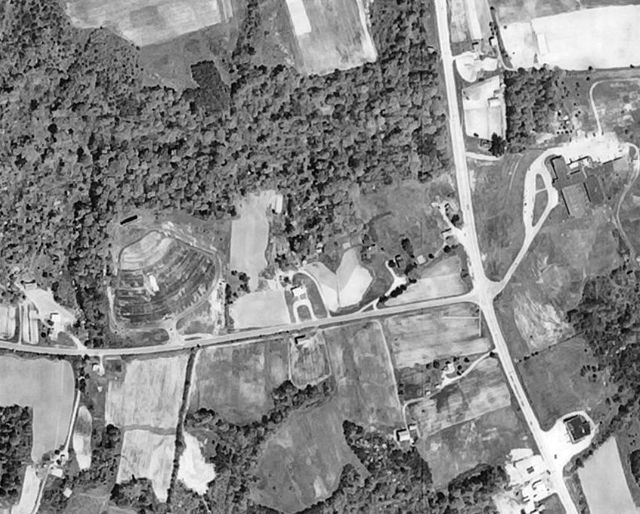 The Calvert Drive-In opened in May 1956. It was built by Don S. Scott and featured a parking ramp that held 350 cars. As time went by it was enlarged to hold 500 cars. It had a 55 ft. x 80 ft. CinemaScope screen, a playground for the kids and a modern concession stand. Leila Boyer recalled in 1964 going to the drive-in as a teenager where they would give you citronella coils at the ticket office as you entered. You lit it, sat it on a dish and hoped the mosquitos would go elsewhere. If you rolled the windows up, you would suffocate from the heat and the citronella smoke, but keeping the windows down meant the mosquitos hit you from all directions. A non-win situation, except for the mosquitos!

Theaters and radio â€" both are part of Mike Smith’s professional life. Since 1960, Mike has been active in the theater business. Mike is now the manager of the Movies 1, 2, 3 at Frederick County Square. In addition to his managing duties, he also works some in the projection room, attending to the films and the projectors.

Mike started as projectionist at the Calvert Drive-In in Calvert County in 1960. It was on a part-time basis then because Mike was still in high school.

When he graduated from Calvert County High School in 1963 he became employed full-time at the Wheaton Plaza Theater. He was later transferred to the Andrews Manor Theater in Camp Springs. In 1967 when he was discharged from the service, Mike became Theater Manager of the Cheverly Theater. He remained on the circuit as a “trouble shooting” manager until 1969 when he returned to Frederick, his original home, to work as relief manager at the Tivoli Theater. He was also manager of the now defunct Braddock Drive-In.

Maybe Mike will spot this one day.

The above address will map accurately to the location of the drive-in, which is visible using Google Earth historic aerial imagery.