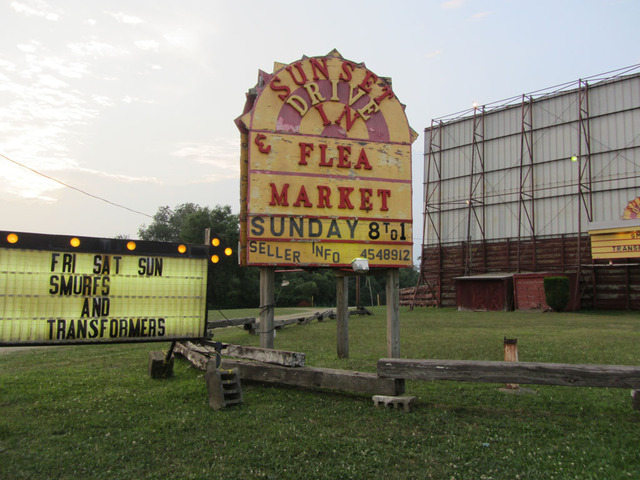 Built in 1948, this theatre is the oldest continuously operating drive-in theater in Erie County. The Sunset Drive-In was opened June 10, 1948 with Gary Cooper in “The Westerner.

I’m in Waterford each June so will check out this Drive-In which is the “oldest operating drive-in in Erie County”!

The Sunset Drive In has been a part of Erie County for over 66 years. The first movie shown was “The Westerner” starring Gary Cooper on June 10th 1948. website

Chris1982’s note refers to the Sunset’s web site, since abandoned. Those details are still there at the Internet Archive, though.

My reference books always listed the Sunset’s capacity as 350 cars. It showed up in the 1948-49 Theatre Catalog, owned by Ray Woodard (sic), A. Phelps, E. Wilson and Woodard. By 1952, that was Ray Woodward, Kayton Th.

Dennis and Margaret Koper bought the Sunset in 1988 and were still running it in the 2017 season.