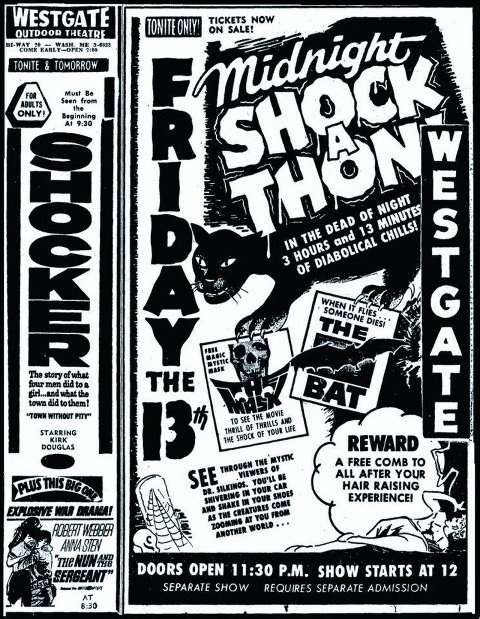 (Racine Journal Times, October 14, 1958)
The board (of education) rejected the stipulations made by S. J . Papas of Chicago for the sale of approximately nine acres of land bounded by Wright avenue, Ohio street, Sixteenth street and Perry avenue.
Papas, who also owns the adjacent outdoor theater property, said he would sell providing that the school system would never object to the use of his other property to the north as a theater or other commercial purposes, make no attempt to have the theater property annexed to the city and that the land would be resold to him if no school is built on the site by Dec. 31, 1963. Papas offered the property for $27,500. The school board is seeking to enlarge its present 9.3 acre future junior high school site at Ohio and Sixteenth streets.

This opened on April 30th, 1949. Grand opening ad in the photo section.

“The end”, how appropriate!!

Also opened with latest news and a colour cartoon(not named).