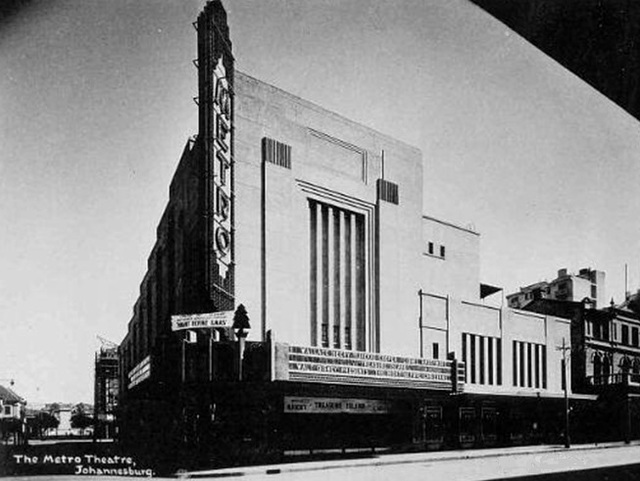 The Metro Theatre was situated in Bree Street on the corner of Von Brandis Street, Johannesburg and was opened by MGM on 4th November 1932. It would become the largest cinema in South Africa with a seating capacity of 2,800. Magnificently appointed in a French style, the spacious downstairs foyer (lobby) was luxuriously carpeted and led to a grand staircase which was the cinema’s main feature.

It became the leading social gathering place for Johannesburg cinemagoers who had never seen such luxury before - including the well-appointed gents and ladies rest rooms.

Sadly the cinema was closed in the 1970’s with the rise in popularity of multi-screen complexes which became the rage.

The Metro Theatre had a Wurlitzer 3Manual/13Ranks theatre pipe organ installed. It was opened by organist Charles Parkhurst who came over from London, UK. He remained organist at the Metro, Johannesburg for 5 years until he went over to the new Metro Cinema that had been opened in Durban, Natal, SA in 1937.

After reading an article in Marquee it appears this theatre was designed by Thomas Lamb.

The Metro closed in 1972 with a month long season of classic movies.