Previously operated by: B & B Theatres, Carmike Cinemas, Martin Theatres 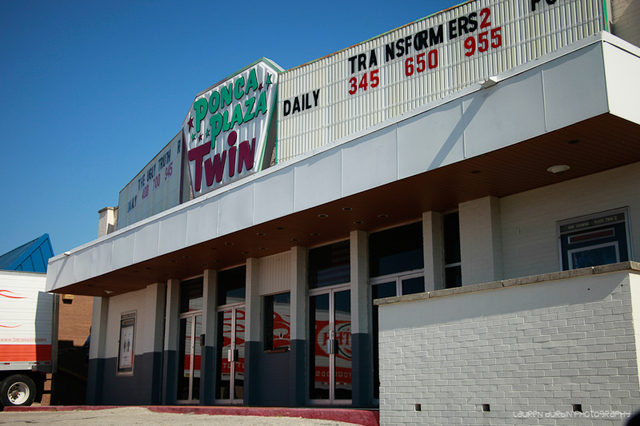 The Ponca Plaza Twin was closed in October 2010.

This link has recent pictures
http://www.roadsideoklahoma.com/node/605

The Ponca Plaza Twin was first opened by Video Independent Theatres of Oklahoma City. Architect Larry Blackledge squeezed two screens into a limited space. The booth was so tight it couldn’t accomodate two platters so one four deck platter served the two screens. Martin Theatre, later Carmike, took over operation when Video was purchased. After Carmike built the Northpark 4, they let the lease lapse and B&B took over operation, I believe.