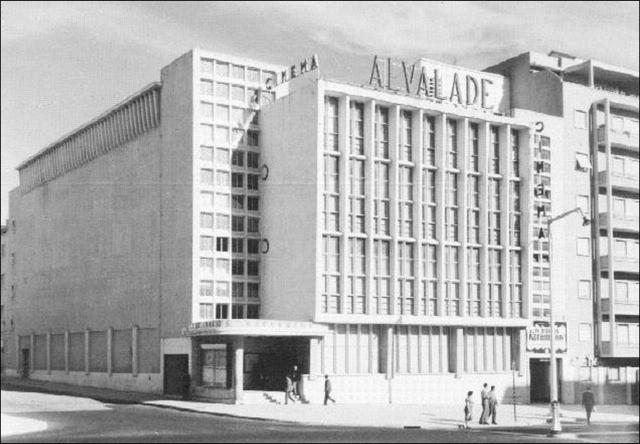 Cinema Alvalade opened in December 1953, after being designd by architect Lima Franco, in 1945. This was a typical neighborhood cinema (Alvalade area), in the north of Lisbon. The interior and the facade were simple but elegant, and the most important detail was a mural of Estrela Faria, a notorious painter from the middle 1950’s. In terms of film exhibition, Cinema Alvalade was very popular among young audiences, specialy admirers of comedy and adventure movies: Bud Spencer and Terence Hill, Louis de Funnel’s, Les Charlots; all in the 1970’s; or earlier with Steve McQueen’s movies, or WWII epics, etc.

Cinema Alvalade closed as a movie theatre in 1985, and till 2000 was rent by IURD church. After that, the building was vandalized and in 2001 public authorities (the minister of culture, himself - Mr.Santos Silva!!) gave the owners permission for demolition, which has begun late 2003. Now, there is a big hole inside. In the future, it should be replaced by a five floor building (appartments, shops and parking, and … four small cinemas, cause otherwise authorisation to demolish could not be accepted.