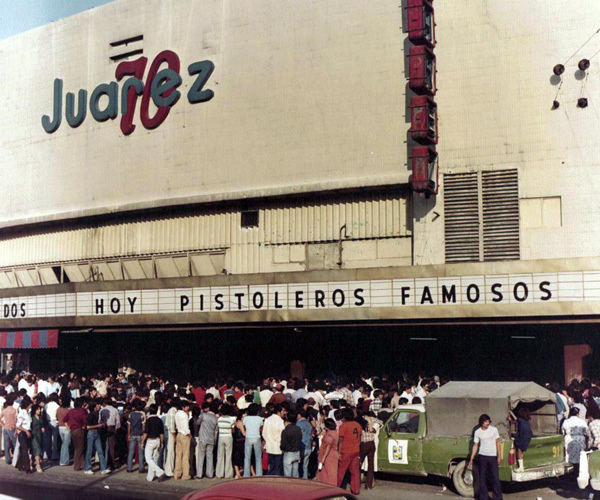 The Juarez Theater has stood empty for many years. In the outside, it has a very tall Art-Deco style facade, overall painted white, with ornaments painted red. The front also has three tall windows, one of them is broken. Underneath, one can see the marquee, wich has the theater name. The marquee is supported by tall doric style columns. At both sides of the theatre there are small business. I’ve heard that the theater’s interior is also Art-Deco styled, however, the only part I’ve ever seen of it is the mezannine, wich apparently is decorated with tall mirrors.

The Cine Juarez initially was a live performance theatre, and switched to movies around 1940. It showed pornographic movies before shutting down around 1970. In 2005 it had a “For Sale” banner, but apparently no one has bought it. It apparently has since been demolished.