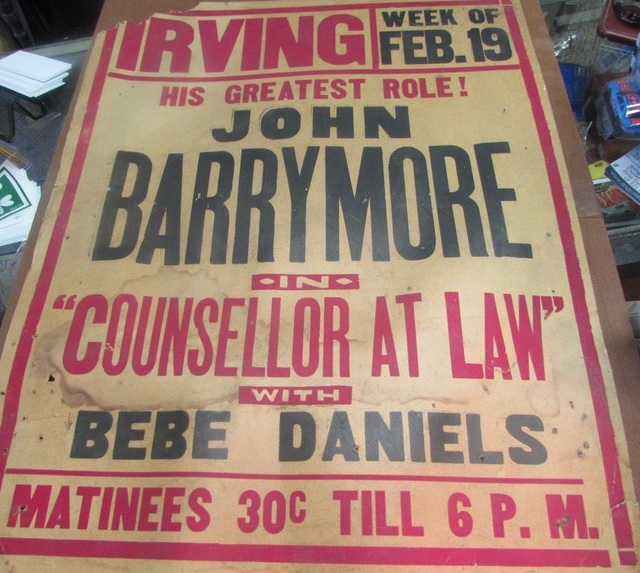 Located on South Main Street, just below W. Northampton Street. The Irving Theatre was featuring Vaudeville in the 1920’s. By 1950 it was operated by Comerford Theaters Inc.

Operating up to around 1942. The Film Daily Yearbook:1943 edition lists it with a seating capacity of 1,553. Operated by Paramount Pictures Inc. thru their subsidiary Frank Walker. It is listed as Closed.

Long before my time in W-B area, but I know it was on S. Main St., it was operating at least into the early ‘50’s, and the building is long gone.

On opening, this house was called the Luzerne Theatre, and it was later known as the Majestic Theatre, according to the book Theaters, by Andrew Craig Morrison. The Luzerne opened on February 9, 1908. The house was designed by architect William H. McElfatrick, and it originally seated 1,626.

This theater was located at 206 South Main Street. (Incidentally, Google Maps will not map this location. It fetches up a location a couple of miles down the road. I’d suggest using Bing Maps, which puts this address only a couple of lots north of where it actually should be.)

The theater might have become the Majestic about 1912, as a list of charters of corporations I found includes a Majestic Theatre Amusement Company that was chartered on November 11 that year, for the purposes of “…maintenance of a theatre in Wilkes-Barre….”

According to this timeline of Wyoming Valley history from Wilkes University, the Irving Theatre opened in 1923. The timeline does not mention this being a name change, nor is the name Majestic Theatre ever mentioned, although the opening of the Luzerne Theatre in 1908 is mentioned. Still, I trust Morrison’s book, which appears to be very well researched.

Here is a news item from September 3, 1923, noted in the 1924 Almanac of the Wilkes-Barre Record, a daily newspaper: “Irving theatre on South Main street, formally the Majestic, now the leading theatre in Wilkes-Barre owing to the sale of the Grand for commercial purposes, opens with Oliver S. Morosco’s production Willis M. Goodhue’s comedy drama ‘Dust.’”