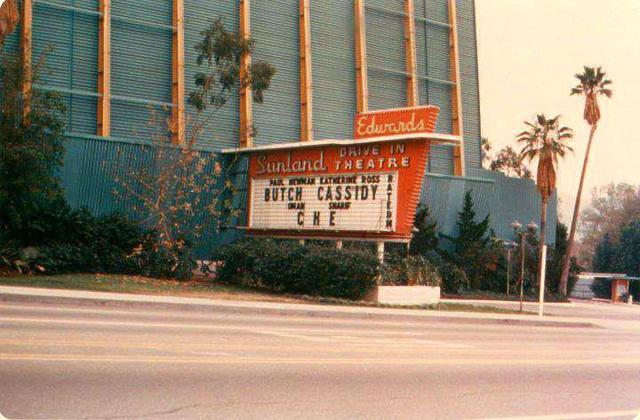 From the Oviatt Library Collection here.

Is the site of this long-gone venue in fact the very same place where that Home Depot has been proposed which is causing a major fight in 2007 between Depot owners and residents of Sunland who fear it would be located too close to a nearby school?

I doubt this would be an issue if the drive-in were still there.

Originally built for the Edwards Theatre Circuit, the Sunland Drive-In was among five drive-ins opened around Southern California in 1950 that were designed by Los Angeles Architect J. Arthur Drielsma. These were mentioned in an article in the March 18, 1950, issue of Boxoffice Magazine. The article gave the capacity of the Sunland Drive-In as 650 cars.