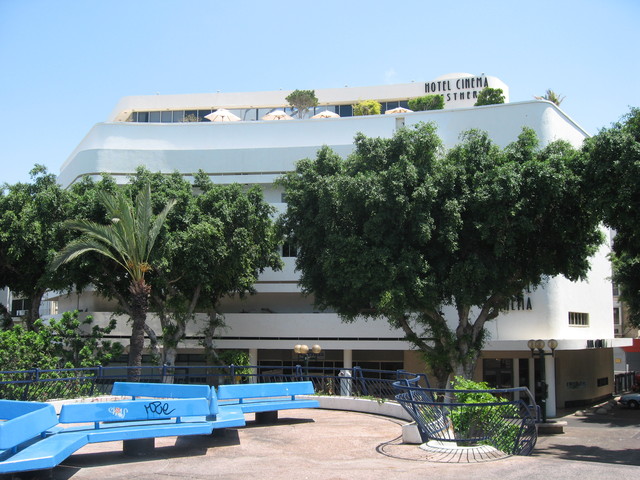 The Esther Cinema was built in 1930 and opened as the Dizzengoff Square Cinema. In 1931 it was named the Esther Cinema. It is designed in the German school of architectural style known as Bauhaus that was common from 1919 to 1933. This style has its principles, based on functionalisn and development of existing skills.

Since closing, the building has been recently restored and renovated to become an elegant and unique 82 room hotel, known as the Hotel Cinema. Care has been taken to preserve the characteristic exterior and the beautiful original starcase and chandeliers. On display are the original projectors, movie posters, theatre chairs and classic movies are screened in the lobby, where popcorn is served!