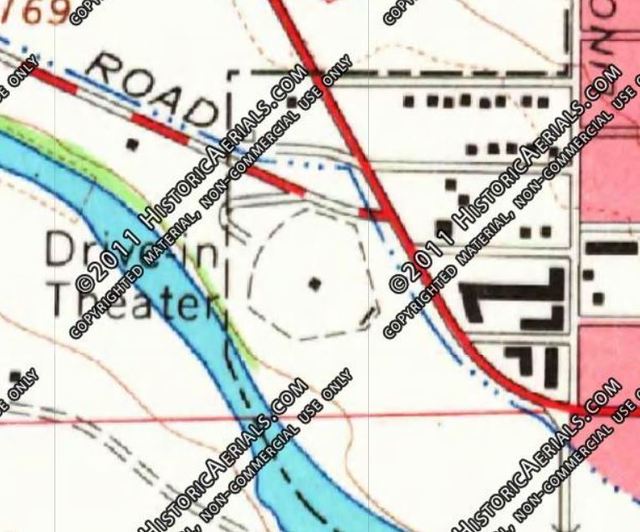 It was reopened as the Go West Drive-In on May 5, 1967 with Elvis Presley in “Frankie and Johnny” & Frankie Avalon in “Fireball 500”. It had a capacity of 700 cars. It was closed on October 2, 1999 with Bruce Willis in “The Sixth Sense” & Heather Donahue in “The Blair Witch Project”. It was demolished in October 2000 and the Broadway Motor Inn now stands on the site.

Approx. address for this drive-in was 2226 Mullan Rd.

I am trying to find a picture of this theater, at least the concession part of it. Any ideas how or where I might look?

This opened as Mtn-Vu Drive-In on August 18th, 1948 as the first drive-in in town and closed down after the 1966 season. It reopened as the Go West! Drive-In on May 5th, 1967 with space for 700 cars. Both grand opening ads in the photo section.

Final night of operation was on October 2, 1999 with “Sixth Sense” and “The Blair Witch Project”. On January 7, 2000, the day after Missoula’s indoor Roxy Theater’s final day of operation, it was announced by the Roxy and Go West’s company, W.A. Simons, that the drive-in was also closed for good. The screen came down in October 2000. Broadway Inn Motel now occupies the former drive-in site.

Boxoffice, March 10, 1951: “MISSOULA, MONT. – Veteran theatre executive E. K. Taylor has purchased part interest in the Mtn-Vu Drive-In here. Speaker outlets will be increased from 380 to 425 before the spring opening.”