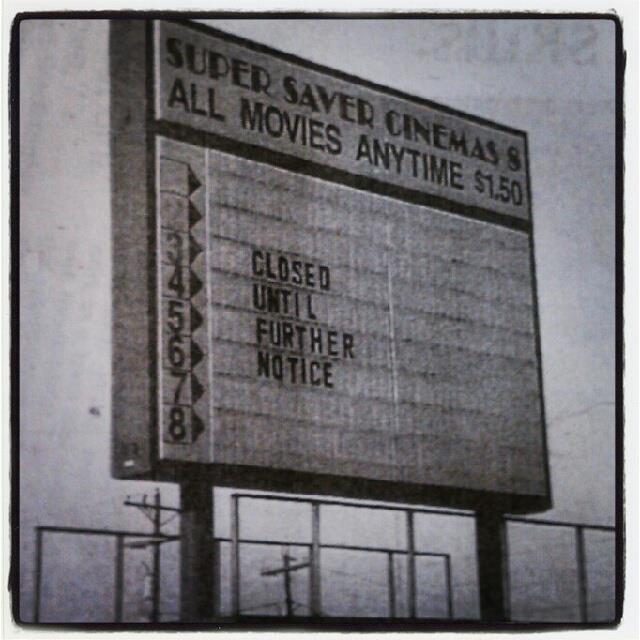 The former Silver Super Saver 8 opened in 1989. The chrome covered and neon lighted theatre was closed by Silver Cinemas. The theatre was reopened by Hollywood Studio Theatres and showed first run fare. It was closed in September 2012. Preperation for demolition began in April 2018.

Last time I went to this theater was to see “Shutter Island”.

Like Nicholas i saw films here as a child. It was fun going back 20 years later and reliving some of that. I saw Back to the Future 2, ninja turtles 2 and jarassic park. Another theater killed by digital.

Preparation for Demolition began today to make way for a Aldi grocery store.

Is this completely gone yet? I’d love to make an offer to the property owner on a set of those Sunburst double doors.

Yes vintage Ohio it’s completely gone was torn down the next day after my post. They did recycle a lot of stuff before tearing it down. Don’t know where the doors went. I was thinking they could have recycled them for the Drexel Theater. Same kind of art deco style.

I was a projectionist here in the early 1990s. I probably showed the print of Jurassic Park that you saw. There were two of us projectionists on rotation. The GM could build a print and thread machines. The projectors were made in India as copies of Simplex projectors. They had rather delicate intermittents. I remember that we ran the same print of Dennis the Menace for a VERY long time. So long that the first two feet of the film (post previews) had dozens of splices. It got so bad (and after nearly six months in second-run) we just cut it off. I have that somewhere… Anyhow it jump started for two more months before it was replaced.

There was, in the 1970s, another cinema in this “mall”. At the opposite end of the mall was a Jerry Lewis theater that went GCC before it closed. I have a picture somewhere…