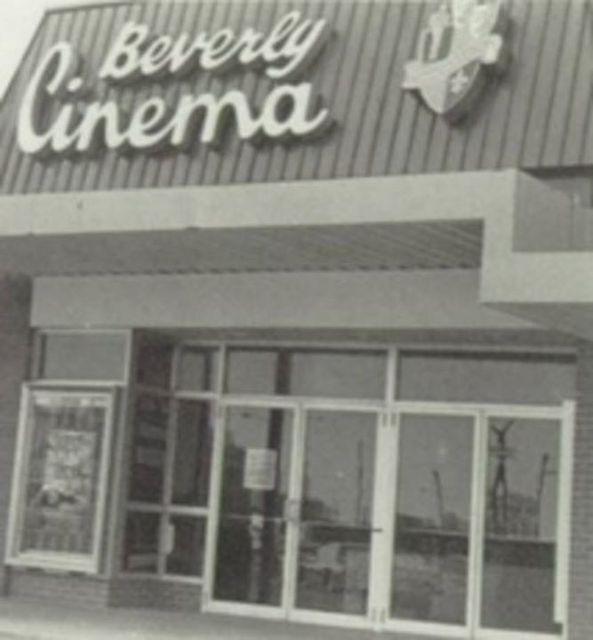 This twin screen theater was originally owned by Commonwealth, which then became United Artists. It was tucked into the Beverly Plaza Shopping Center at 12th and Beverly Streets in Casper, WY. When I first moved to Casper in 1986 I remember the theater having no marquee listing movies playing there. The outside of the theater did have a cut-off pyramid shaped sign with the name Beverly Cinema, as well as a crest. I am guessing that the crest may have been logo for Commonwealth at some time.

I do remember going to see a number of movies there for just $2.50. I would either go to the matinees or pretend to be less than 12 years old in order to get into the evening shows. In the early to mid 90s United Artists sold the theater to a local owner. The local owner added a sign on 12th Street listing movies playing there. I stopped frequenting the theater after the America and Rialto Theater in downtown started showing second-run double features for just $1.50. I did however watch a few movies there one summer in the early 90s, as my parents had a coupon book that allowed us to get buy one get one free tickets.

This opened on February 8th, 1974. Grand opening ad in the photo section.