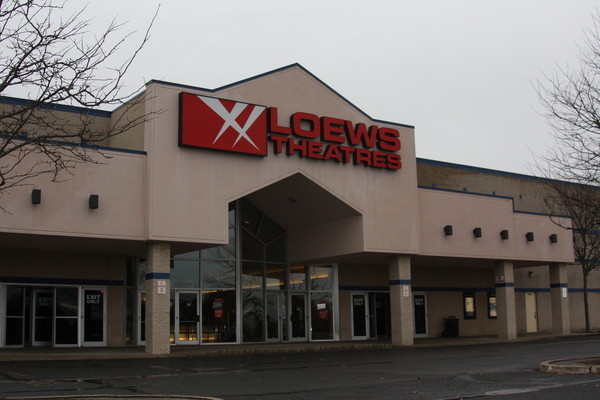 I’m thinking Xmas 1992 as well…I started working at the Cinema 6 January ‘92 when it was still splitting all first runs with Pond Road. I always thought (or I remember a conversation with someone) that they intended to expand the Metroplex from the beginning. I don’t remember the reasons why they started with 8 screens. It could have even had something to do with however their ownership of the 6 and Pond Rd was structured. Clearly there was no reason to keep them both open as the 6 was not in great shape. Poor construction, tons of leaks. Outdated in a lot of ways. Even though I still have really fond memories of working there…

I dont have any photos hdtv267, but I know for a fact its been done cause the Mountainside 10 theatre was done at the same time (one year ago) along with the Monmouth Mall 15. Us union stagehands did 90% of the work.

this theater is prone to power outages

This theatre is now renamed to AMC Freehold Metroplex 14 Theatre. the Loews name was removed with the renovations. https://www.amctheatres.com/movie-theatres/freehold/amc-freehold-metroplex-14

Saw on facebook this morning from a local news org that a couple last night had bed bugs all over them. There was even a photo of them. Management had them fill out an incident report.

Bruce Springsteen returned to his hometown of Freehold, New Jersey to offer a surprise introduction to the first public multiplex viewing of his concert/documentary film, “Western Stars.”

Dressed simply in a brown jacket, Springsteen took a moment to say a few words at the AMC Freehold 14 movie theater on Saturday night.

“We knew we weren’t going to tour, so I tried to figure out a way to get the music to you,” the 70-year-old Rock and Roll Hall of Famer told the audience.

After making a few brief remarks about filming the movie at his barn in Colts Neck, and in Joshua Tree National Park, Springsteen asked a small favor.

“If you have applause, I would save it for the end of the film,” he said. “Because the editing and the pacing of the film has its own message.”

“Thanks for coming out,” he continued. “Thanks for supporting me all these years, and enjoy ‘Western Stars.‘”

Demand for the movie at home was so great it screened in two theaters, 4 and 9, with Springsteen popping into both, said attendee Pete Maimone, who posted video of one of the appearances.

This was the second time in a month Springsteen returned to Freehold. In September, he came in for the opening of the exhibit “Springsteen: His Hometown,” performing one song with Joe Grushecky at the grand opening. The exhibit is currently on display at the Monmouth County Historical Association on Court Street in Freehold.