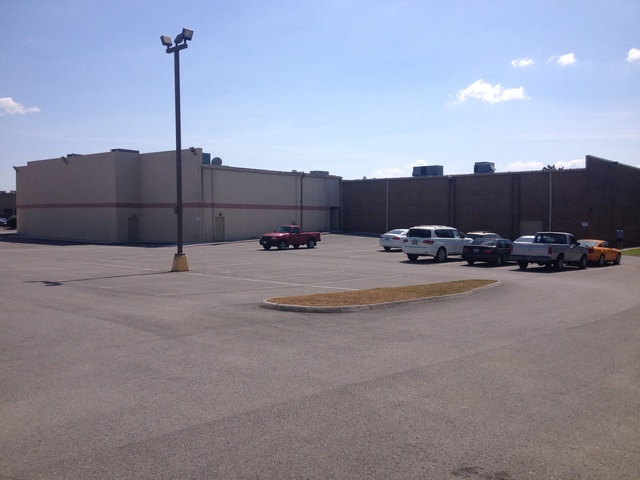 Opened as Cinema 6 by Litchfield Theatre on July 9, 1976 with two screens (two more screens opened the following week). It was taken over by AMC in 1978 and renamed Cinema 4 in 1986. The original design was typical of the period, two screens on each side of a wide rectangular lobby and candy counter centered, offices and storage directly behind. It was expanded to eight screens by adding four small auditoria across the back of the facility. Regal bought the theatre on November 16, 1990 and operated a policy of first run film. When Regal built the extravagant new West Town Mall 9 a couple of blocks away, they changed the policy on this hall to art films and smaller grossing first run fare. The name was changed - or rather expanded - to reflect the product shown here.

Admirably, Regal spent some money to clean up and redecorate the Downtown West lobby. While the auditoria are more or less unchanged (featureless curtains on the walls, regular sloped floors, recessed can lights in the black, lay-in tile ceilings) the lobby areas feature art by local artists and some interesting light fixtures.

There is neither a marquee on this building, nor a road sign. In fact, there is no name sign on the building. It only says “Regal” on the front. The front sidewalk is covered by a back-lit canvas awning.

This was opened on July 9, 1976 by Litchfield under the name “Cinema 6”. It was later purchased by AMC in 1978, who later renamed it “Cinema 4”. Grand opening ad in photo section.

New seating capacities at this theater, following the installation of plush rockers in each room (slightly reducing the capacity for each):

Plush rockers/seats from another Regal that got the recliner treatment?

This opened as Cinema 6 on July 9th, 1976 with two screens and two more opened the next week. It became the Cinema 4 in 1986 to be more accurate. Grand opening ads posted.

It has the distinction of being one of the first theatres to have DTS installed. I wonder which auditorium Jurassic Park played in…

@Fotomac It was most likely either Theater #1 or #8, the two largest houses.

@greenth1ng If you still have the newspaper article announcing Regal’s purchase, could you photograph and upload it? Thanks!

Fotomac, I have posted the newspaper article of the purchase by Regal in the photo section.

Can anyone remember what the feature was for the week of 15 July, when Star Wars came to town?