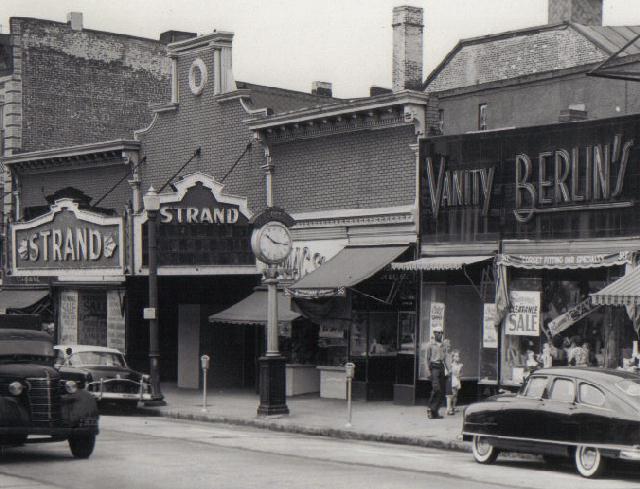 The Bayonne Theatre was opened on October 25, 1906. It was later renamed Bijou Theatre and by 1941 had been renamed Strand Theatre when it was operated by Warner Bros. Circuit Management Corp. It was a popular midtown movie theatre which was destroyed by fire in 1952.