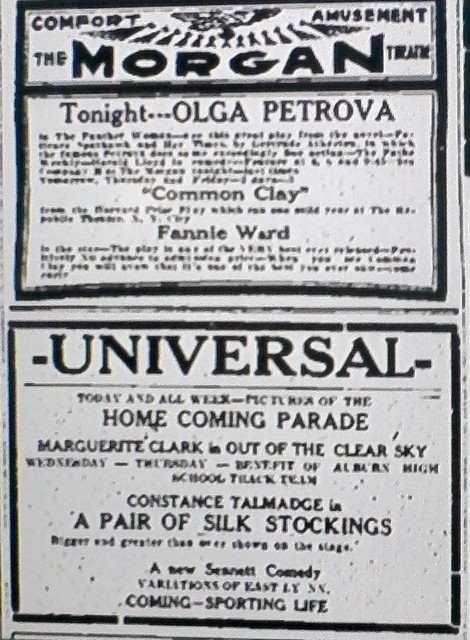 The Morgan Theater was listed in the 1914-15 edition of American Motion Picture Directory. It was renamed Universal Theater. By 1921 it had been renamed Palace Theater. By 1941, it was part of the Schine Circuit, and it operated until at least 1950.

Here is a December 1964 ad from the Auburn Citizen Advertiser:
http://tinyurl.com/2hjkem

The auditorium is definitely demolished, but the lobby portion may be intact. Can’t really tell from the google photos.

The Morgan, Auburn’s oldest movie house became the Cayuga in 1921 then Universal (it’s owners moved from 133 Genesee ST)in 1922, then the Palace in 1927. Actually the Palace ran well into the 1960’s and was demolished to make way for Auburn’s Urban Renewal Project. The spot is now part of Wegman’s Super Market.