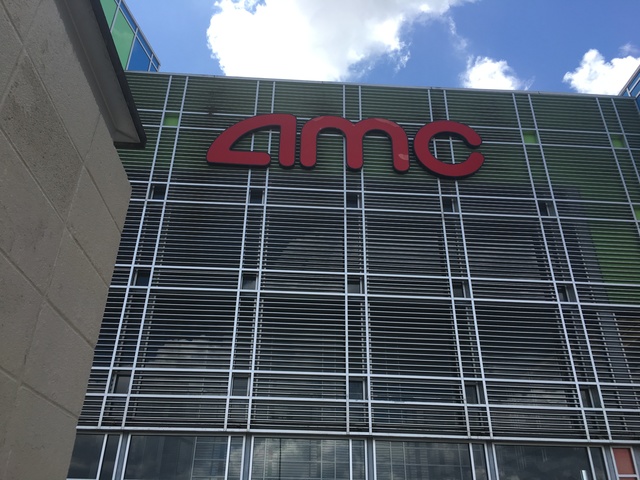 Rave Motion Picture Theatres built this 18-screen theatre on a site previously occupied by a 6-screen theatre which had been demolished. In June 2013 it was taken over by Carmike Cinemas.

For years this site was occupied by a six screen facility which with its 1970’s era design looked more like a huge concrete blockhouse than a movie theatre. It shut down during the great wave of theatre bankruptcies during the late 90’s. For a long time the marquee stated that the theatre would “Reopen in March” but I do not think it ever did. A couple of years ago Rave demolished the existing structure and built their trademark spaceship style 18 screen facility on the same footprint previously occupied by the old 6 screener.

The old theatre looked dark and depressing and seldom did I see many cars parked in front. Now the site is lit up like a Vegas casino and the parking lot is usually packed.

It is getting an IMAX digital screen: View link

I have just read that this location is to be aquired by Carmike. If past history is a guide, that means that any quality of presentation is on its way out the door probably followed by any existing employees.

Carmike’s presentation has actually been decent since they went all digital. And Carmike seems to be making an effort to update what I’m sure they consider to be their profitable properties. When I was in PA recently I was surprised to see some recently remodelled buildings.

tell me seats numbers all 18 theaters