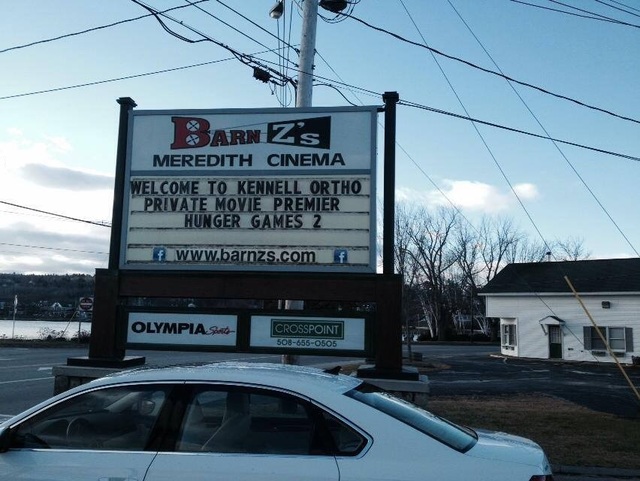 Spinelli Cinemas owns 23 screens in seven theatres in New Hampshire. Since 2008, it has been taken over by an independent and renamed BarnZ’s Meredith Cinema.