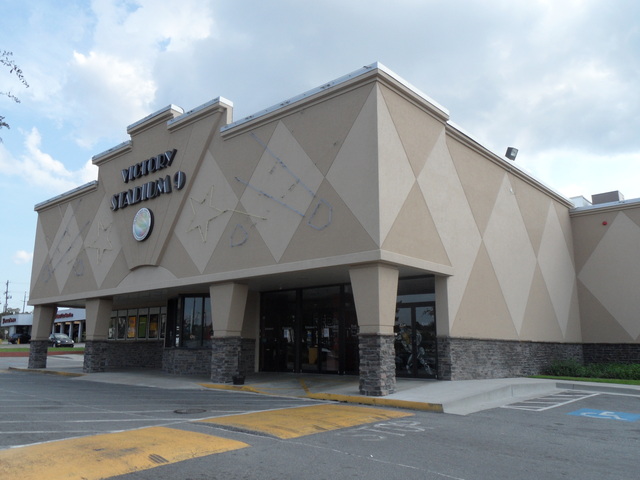 Trademark Cinemas owned 46 screens in six theatres in four states. By 2013 this theatre had been taken over by Frank Theatres. It was closed in early-2018.

From what I can remember, there was a theater called the Terrace Theater in this location. The Terrace was originally a single screen theater but converted to a twin. The only time I attended the Terrace, it was already a twin. It seems the next year, the walls of the old Terrace became the lobby of this new theater and the auditoriums were added on either side. The lobby of this theater resembled the lobby of the Riverdale cinema.

Theatre will see a complete renovation sometime on 2010…

All theatres will be gutted and new stadium seating and chairs will be installed with all screens getting the digital treatment.

this theater closed for good in early 2018