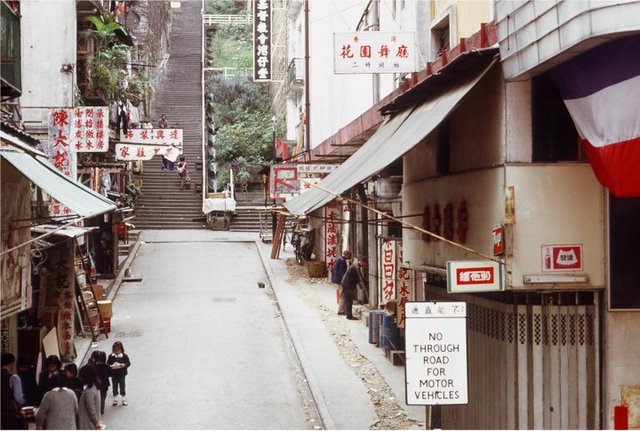 The Hong Kong Grand Theatre was situated in the Wanchai district on the Hong Kong Island. It was built on the site of a theatre opened at an unknown date in the 1910’s and adjacent buildings.

It opened to business on 22nd May, 1958 with the re-run “Bombers B-52”.
The front part of the theatre building was offices, and the auditorium was on the first floor in the rear part. The spacious lobby was on the ground floor.
It showed second run English language and first run Cantonese language films in the late-1950s and 1960’s.

Since the theatre had a stage, it also served as a venue for Cantonese operas and Mandarin vaudeville shows. The theatre temporarily closed in the early-1970’s.

In its last year, the theatre showed artistic films,and its last two films were “Citizen Kane” and “The Last Picture Show”. It closed on 19th September, 1976.

A commercial building was built on the site of the theatre and adjacent buildings.

In the late 1950s and early 1960s,Indian films were shown frequently at the theatre.

Was it rebuilt as the Hopewell Centre, once the tallest building in Hong Kong in the 80s?

I submitted the MAPLE OUTDOOR CINEMA in China. A Drive-in. It should be in newest theatres still if you guys want to read about it.