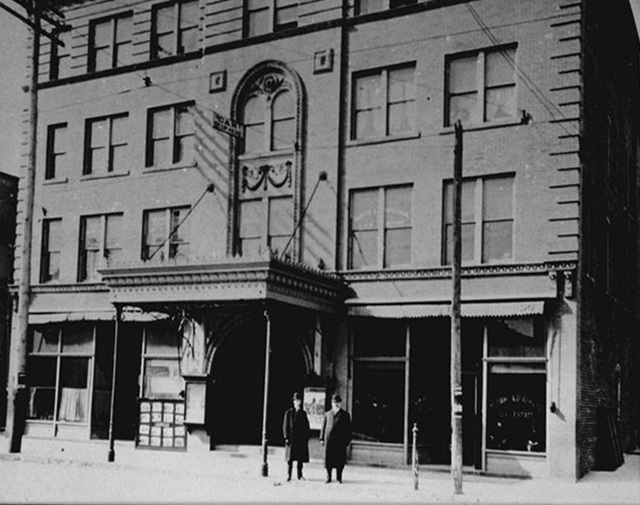 The Cummins photo collection at Lane Libraries has a photo of a demolition site captioned “Future Jefferson Theatre.” It’s dated 1901, so the theater must have been completed that year or the next.

There is also an undated photo of the house as Smith’s Theatre.

The Cummins Collection has pictures of several theaters in Hamilton, most of which are not yet listed at Cinema Treasures. The most glaring absence is the 1931 Paramount, a Rapp & Rapp design.

Oh, wait. The Paramount is already listed. I just didn’t click the link to the second page of theaters in places called Hamilton. D'OH!

An early street scene in Hamilton, with Smith’s Theatre on the left.