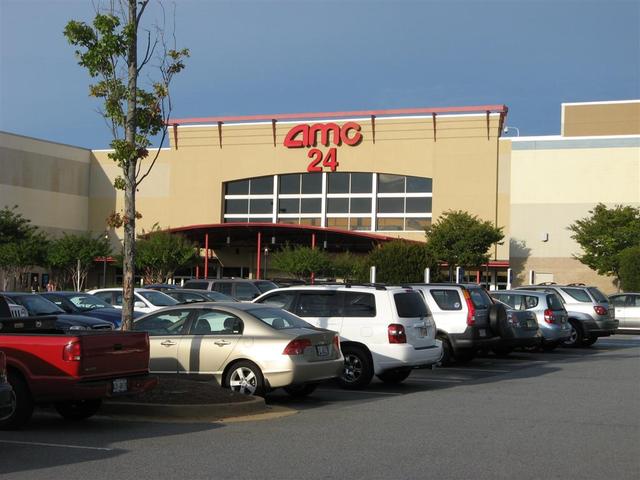 Opened July 2, 1999 with 24 screens. Considered by some locals to be the best theatre ever built! Includes bathrooms with 30 stalls each, ergo comfort seats with high backs, armrests actually big enough for two elbows, seat aisles 12 inches wider than normal, so you don’t have to stand up when someone passes along the row. Every screen is huge, floor to ceiling, including in the smaller auditoriums. Everything is kept neat and clean. The only drawback is the expensive refreshments. In 2012 one section of the building containing ten screens was closed and mothballed. It was renamed AMC Barrett Commons 14.

This Theatre Only Contains IMAX. 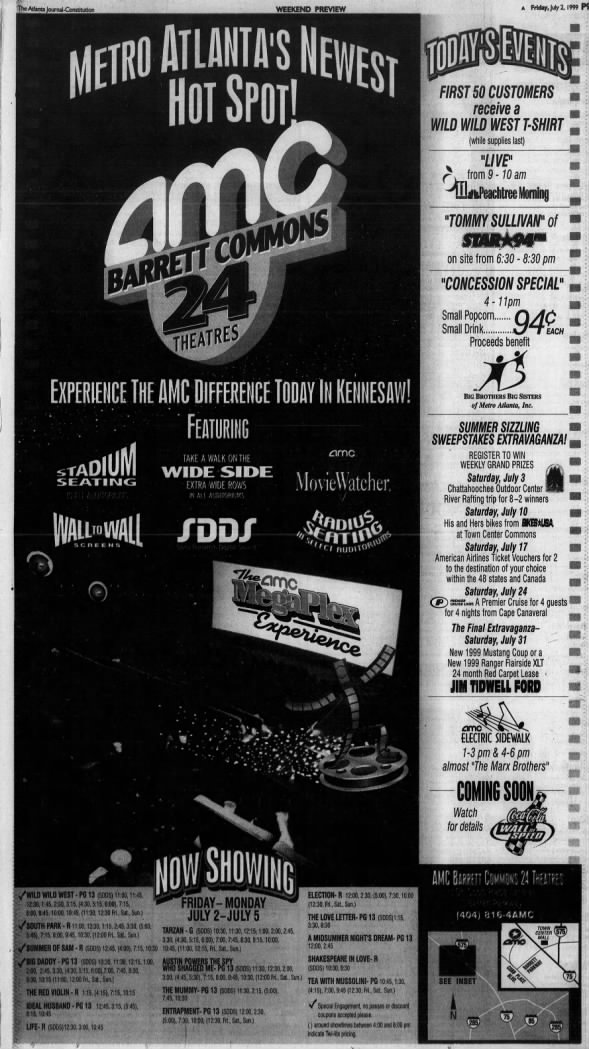 As of early 2018, this multiplex should be renamed “Barrett Commons 14”, as the entire south wing has been closed due to poor business. They are keeping their multiplex version of Imax going. Still nice auditoriums, though.

It would be interesting to know if the now closed wing got the conversion to digital projection. There are several mentions on CT of megaplexes that did not convert all of the small, end of the hallway move over houses because they were unlikely to recoup the 75-100K cost. With recliners now the rage, some of those auditoriums might not seat more than 30. Or, maybe they did convert but later decided that they were not even worth the power bill. After all, do we really need shows of Solo starting every 15 minutes?

Anyone know which auditoriums were closed off? This theaters seems to have a different layout than other 24-plex theaters..from pictures on google it shows auditorium #24 in the main lobby…

@jaye123 It’s one of AMC’s standard 24 screen theatres built in the 90’s. The way they placed the auditorium entrances is how you get #24 in the main lobby. From the pictures your looking at it looks like #’s 14-23 we’re closed as that hallway is blocked for that wing.

I should also note that they closed the 10 screens back in 2012 as part of 6 locations AMC closed wings due to lower attendance.

@TYoung, do you happen to know which other locations had a wing closed?

The other locations were Palm Promenade 24, Covina 30, Deer Valley 30, Mesa Grand 24, and Interchange 30. Interchange dropped to 13 and has since closed altogether.

Regal also cut one wing of Cantera 30 after the bought it from the AMC-Kreasotes merger. I recently found out that AMC also cut the last 6 screens (25-30 wing) from South Barrington 30 after it went through its renovation.