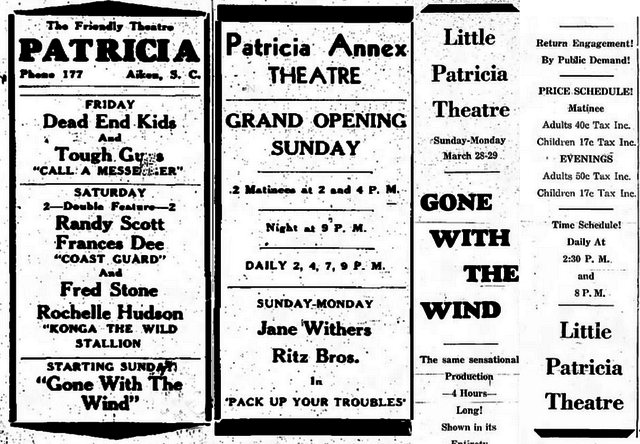 On February 25, 1940, the Patricia Theater made news by becoming one of the early two-screen theaters in the world when it added a screen to an adjoining building and sharing a common box office. The Patricia Annex’s name was the Little Princess while the larger screen remained unchanged. And there is no earlier documentation for a two-screen operation that showed different films on screens “one” and “two”.