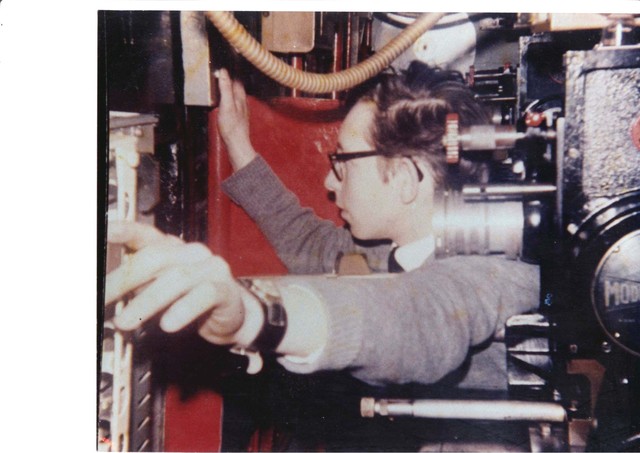 Located in the Shirley district of Southampton, Hampshire. Builder William Buck became interested in the flourishing cinema trade and decided to open one, namely the Atherley, the first all-purpose built cinema in the area. He opened just five months after the Southampton sailing of the ill-fated Titanic disaster with a twin bill of "The Fatal Mirror" & "The Golden Anniversary" on September 14th, 1912.

Seating was always preferred by children in the balcony especially for the weekly Saturday morning shows. Mr. Buck used his car to collect patients from local hospitals for film shows, and later in life, he became the Mayor of Shirley in 1933, while his son Jack Jr., managed. A 1919 renovation included an extra wing to the main building with a larger screen and better sight lines. The seating count rose from 650 to 1,130. Charlie Chaplin’s films were extremely well attended and it was said to be "the best tuppence worth in the world." July 1929 saw and heard the George Jessell talking/singing picture "Lucky Boy" with crowds jamming the cinema for this new experience.

The Atherley Cinema beat all of the other cinemas by installing CinemaScope in 1955 with "The Robe" presented in Stereophonic sound. Other films played from Greece, India and China along with special live programmes of Opera and Ballet. Another regular event held there was the Southampton Film Society.

Like other houses, trade declined due to television, with the last picture show screened on Saturday November 15th, 1975;“Secrets of Sweet Sixteen” and “Passion Pill Swinger”. Bingo took over, today known as the New Century Bingo Club. The small balcony was converted into offices.

It is rumored that the Atherley Cinema also produced some television programming.

Notes from “100 years of Cinema in Southampton” by Patrick Hayward;
The Atherly Cinema opened in a quiet way with 650 seats. With success came a 1919 extension which increased them to 1,130.

the atherley was my job from trany to fully skild projectionist untill it closed. i do beleve it was sead that the new managers of the bingo and sochol club wer not alowd to take the only cinema away from shirly , and as long as it staid thay could then have ther bingo club. but like most things today as long as thay got wat thay wanted then out went the cinema sadly for me , and cinama goers . but it was the best job i ever had ,im glad it was part of me .