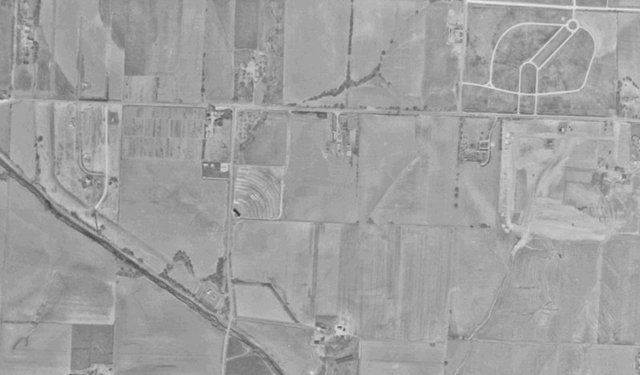 This mid-town drive-in had a capacity for 600 cars and was operated by R. Brehm and Douglas Theaters. It was opened on July 1, 1953.

A strip mall is now located on the site.

The above address is incorrect.

That address couldn’t be right. The drive-in was located at 84th & Center Road, Omaha, NE 68124 That is why it was called the 84th & Ceneter Drive-In.

That is the correct address for the DI. It could be 84th & Spring St. also. I think it was opened in 1957. The DI was not exactly at the intersection. When it was built maybe the drive-in was the only thing at the location.

Also had an indoor theatre on the site(name unknown?), (Possibly also demolished?).

A 1953 article says that the theatre had three different towers within its opening month. The first blew down in a major storm just hours after its grand opening on July 1st. The second screen was being installed when it was destroyed by a second storm. The third tower was installed in time for the Center’s grand reopening on July 12, 1953 - marking three screens for two nights of operation. Something of a record for a one-screen drive-in.