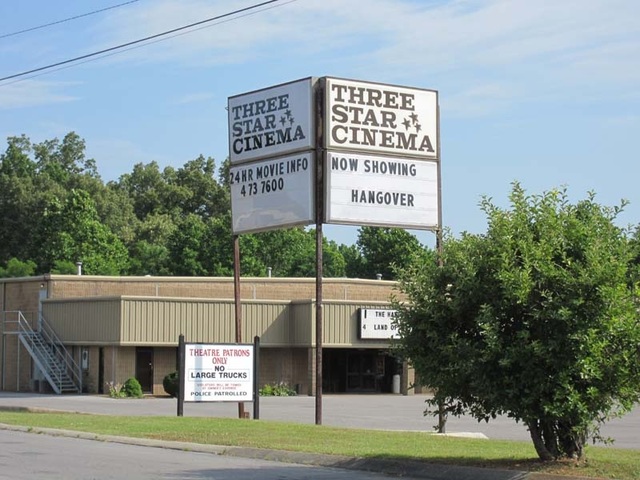 The Three Star opened around 1984 by the Cumberland Amusement Company. It became an independent operation around 2004.

A picture of the theater from June 2011 is here.