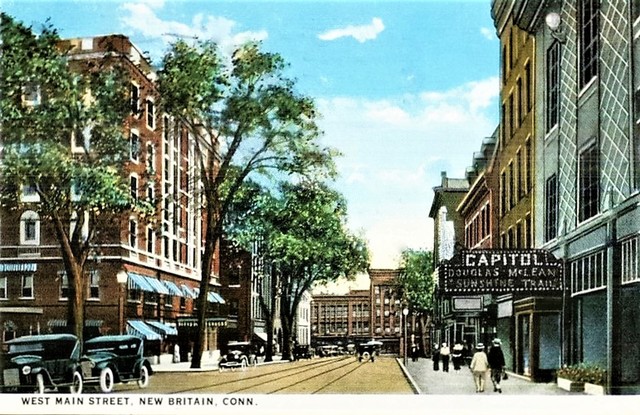 Mentioned in the book, “Images of America: New Britain, Volume III”. There’s a picture on page 123 of its three-sided marquee. It shows the title “Wife, Doctor and Nurse” from 1937 featuring (Loretta) Young, (Warner) Baxter and (Virginia) Bruce, plus a feature.

The Capitol Theatre opened in 1918. It was run by the Hoffman Brothers Circuit In 1928, the theater switched to Vitaphone sound and would be operated by Warner Bros. The theater closed after a major fire in 1942. It’s likely that War material shortages hampered any quick fix to bring the theater back quickly.