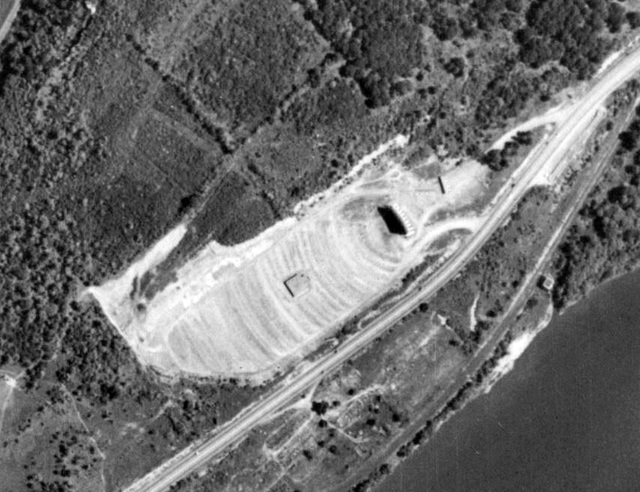 The West Side Drive-In was opened July 23, 1955 with Charlton Heston in “Far Horizons” & Dale Robertson in “Top of the World”. I don’t ever recall this drive-in being open for business, having lived in the area my entire 25 years.

Here is part of a 2/25/99 article from the Wilkes Barre Times-Leader. You have to pay a couple of bucks to the paper if you want to read the rest:

LT. GOV. PLANTS SEEDS FOR NEW PROGRAMS FORMER DRIVE-IN THEATER WILL BE THE SITE OF AN ALTERNATIVE EDUCATION PROGRAM AND RECREATION FACILITIES

Source: JOHN DECKER and JOE HEALEY; Times Leader Staff Writers
WILKES-BARRE- A former Larksville drive-in theater is being resurrected in hopes it will again attract young people. The West Side Drive-in will be the site of an adventure center for students and others in the Wyoming Valley West community. Lt. Gov. Mark Schweiker on Wednesday announced a $100,000 grant to build a domed facility that will house the district’s alternative education program and recreational facilities for district residents. Schweiker also announced funding

Here is a map with the location:
http://www.sharperembroidery.com/contact.php

This single screen drive-in was definitely operating during the 1980s when I went to Wyoming Valley West High School. The school bus drove past every day, and when I got my drivers license, I went there several times with friends. I think Top Gun & Pretty in Pink was one double bill.

Since they charged admission per person, I even did the old “sneak 2 friends in the trunk” game. Dad’s 1977 Cadillac Fleetwood Brougham had a trunk the size of a studio apartment! Ah the good old days.

As of May 31st, 2017 it appears nothing has been done to the property at all.

The address for this theater was 125 Narrows Rd. Larksville PA 18651. Though overgrown, most ramps and the concession stand foundation are still visible.

“The West Side Drive-In, Kingston Corner, Pa., between Kingston and Plymouth, Pa., on Route 11, was opened recently. It has a 1,000-car capacity and is operated by Tom Walker, Comerford Theaters, Robert Rowland and Charles Stecker.”

Actually, the West Side Drive-In completed its construction exactly hours before the American Broadcasting Company (ABC), including its local station WILK-TV (now WNEP-TV), began telecasting the grand opening to Disneyland. The West Side Drive-In didn’t open its gates until 6 days later.

The West Side Drive-In opened its gates on July 23, 1955 with Charlton Heston in “Far Horizons” and Dale Robertson in “Top Of The World”.