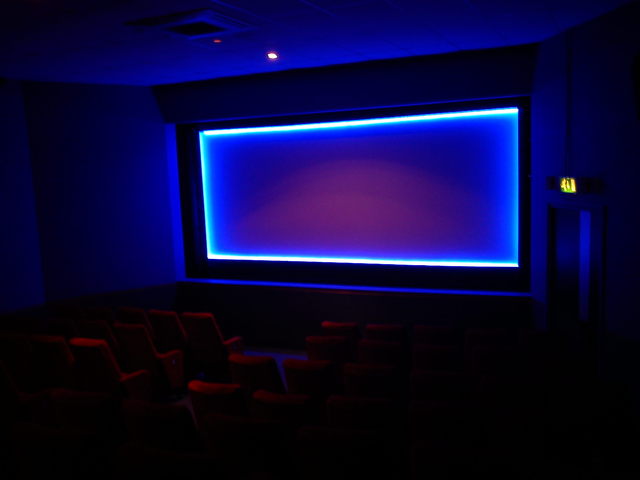 Built as a replacement for the Theatre Royal which was closed in February 1930 and demolished. It was a joint venture for Albany Ward (a division of Gaumont British Theatres Ltd.), Gaumont British and Provincial Cinematograph Theatres(PCT). The Gaumont Palace Theatre opened on 3rd August 1931 with Eddie Cantor in "Whoopee".

It was designed by Bristol based architect William Henry Watkins, assisted by Percy Bartlett. Located in a narrow street, the facade has two fluted pillasters on each side of a large central window. Two of these pillasters are topped with theatrical masks.

In the mid-1990’s it was taken over by the independent Scott Cinemas circuit and in around 2000, they created three screens in the former stalls area. Currently Screen 1 in the former circle seats 332, Screen’s 2 and 3 in the former rear stalls each have seating for 90 and Screen 4 in the former front stalls has 126 seats. There is a plan to add a fifth screen soon. The Central Cinema has a Licenced restaurant/bar in the circle foyer and is now fully air-conditioned.

The Central Cinema is a Grade II Listed building.

Scott Cinemas are planning to convert the former boiler house, which still has the two boilers that used to heat the auditorium, into the Central’s fifth screen.

The plan to add two further screens is still very much active, though these will now be built on adjacent land rather than converting any portion of the existing building.