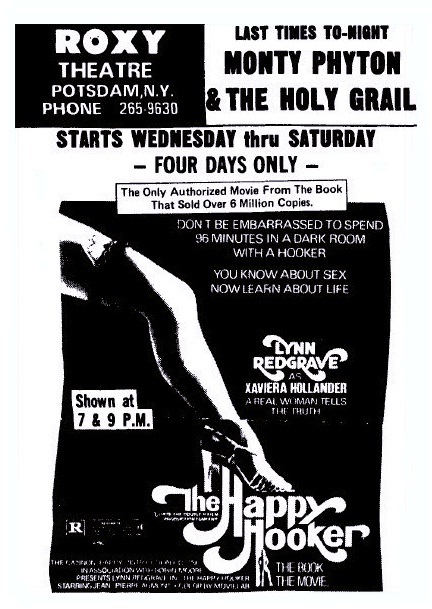 My mom and dad and I attended the Roxy in the opening week in 1951. It seemed so modernistic after having only the Rialto in town til that time. I remember the weekend serial playing about that time was “Captain Video” Starring Judd Holdren. Popcorn was 15cents and ticket price was 65cents. We would check out the show cards at both theaters before deciding which To attend. This was usually a Fri or Sat double feature with sports & news reel ,cartoon,and previews of coming attractions. I would give up a weeks worth of TV now for just one of those double bills. What ever happened to Randolph Scott? Just kidding, actually I have visited his grave site here in Charlotte NC .

I liked the original single screen Roxy with the interesting change return where the coins came down the long shute when you bought your 65 cent ticket. I liked the wide cross aisle in the center that let you stretch your legs out and you didn’t have to stand up to let someone out of your row. I liked the Bill Stearn Sports Reel, cartoons and other short subjects between the double features. Yummy for the 15 cent popcorn in the paper bag. I loved the air conditioning that seemed to follow you part way onto the sidewalk as you left. I liked it when I was still a kid 62 years ago.