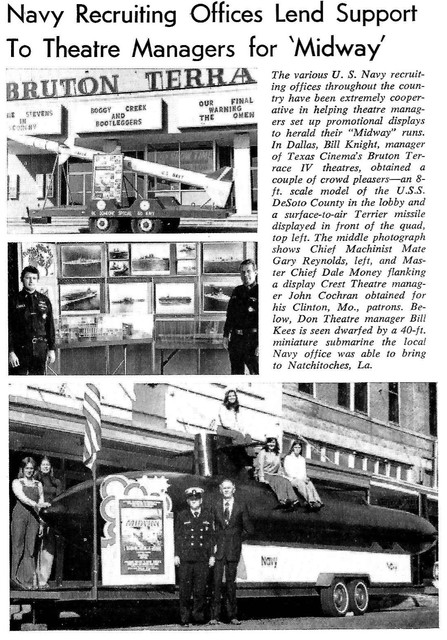 I used to watch a lot of grindhouse double features here in the mid to late 80’s after it became a dollar house (not sure the year it did, but they used to be a first run theater for a while before it happened). Some of the best times I ever had in a theater was in this place. Does anyone know if it’s even still standing or what’s in it now??

The status of this Theatre is Demolished. Has been for a while now..
It had Four screens. I believe it was a Dollar theatre before it closed. It used to sit Behind The El Chicos that is no longer in business as well…

Yeah it is not there anymore it was in the shopping center at Bruton and Prairie Creek not near Masters Drive as the map suggests. I remember it because my aunt and uncle lived just off of Prairie Creek although I don’t remember going to this one though since we usually went to the Big Town Theater or the ones at Town East. I did eat at that El Chico a few times though.

The Bruton Terrace IV Theatre was featured in this single-page article in Boxoffice of August 30, 1971. There are four photos. The 1,500-seat quad, operated by Texas Cinema Corporation, was designed by architect Charles Taylor.