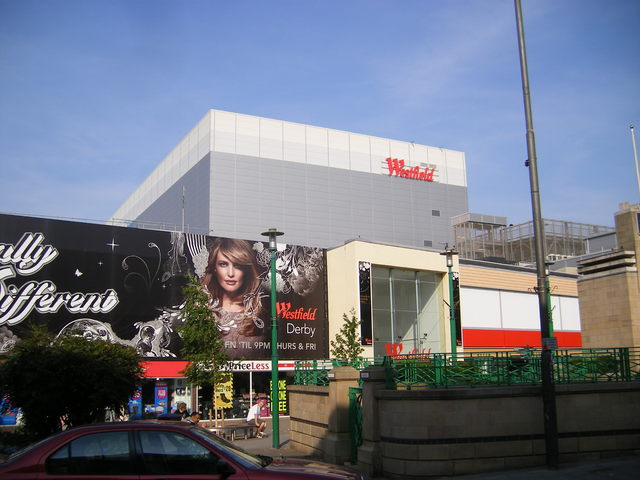 Showcase Cinemas are owned by National Amusements Inc. based in Dedham Massachusetts, USA. and founded in 1936. They were established in the UK in 1986, opening their first multiplex at Nottingham in 1988, followed later that year by a second Showcase Cinema at Osmaston Road, Derby.

Described by National Amusements as ‘the ultimate cinema-going experience’, the Cinema de Lux opened on 16th May 2008. It is the first in a new breed of ‘state-of-the-art’ luxury multiplexes to be opened by Showcase Cinemas in the UK. The city of Derby was the first in the UK to embrace the multiplex cinema concept back in 1988 when the Showcase Cinemas and the AMC (now Odeon) opened within two weeks of each other.

The Cinema de Lux is located in the city centre on the top floor of the Westfield Shopping Centre which opened in October 2007 as an extension of the 1975 built Eagle Centre. Its largest screen seats 500 and has the largest ‘wall-to-wall’ screen in the Midlands. There are two screens known as Director’s Halls which have luxurious leather reclining seats and also double seats for couples as well as extra leg-room. Drinks and food purchased in the cinema restaurant and bar can be consumed in the Director’s Halls.

Screens are equipped with digital projection and are 3D compatable.

Screen 7 now has Dolby Atmos installed – going to give this a listen in a few days.