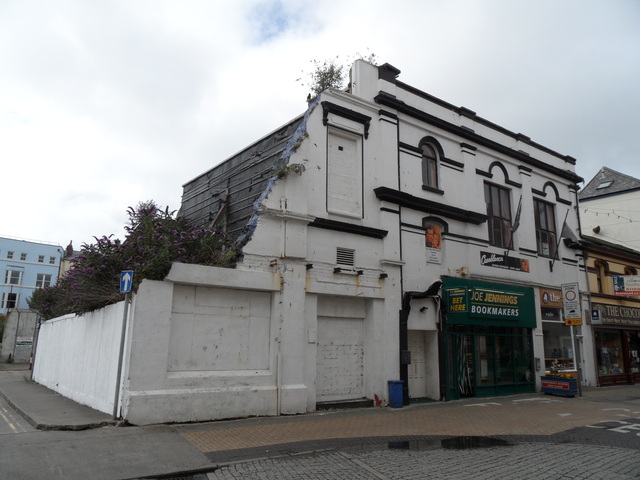 The Bijou Theatre was built by a top photographer S. Lees and opened in May 1893. It underwent financial problems and was taken over by new owners and re-named Mona Theatre, which featured Dysons Pictures and a Myriorama. In 1905 it was purchased by Charles Dare and he re-named it the Empire Theatre, staging variety acts, ‘black-faced’ minstrels and some film shows.

The auditorium was a hall above a row of shops and had elecricity provided by a generator. It went over to full time cinema use and was re-named Empire Electric Theatre in 1913. Closed in 1929, when the cost of equipping ‘talkies’ proved too much, plus some renovations were needed to comply with licencing requirements, which were never carried out.

The building exists today with the shop units at ground floor level and the hall above now in use as an ‘exotic’ restaurant and a nightclub.